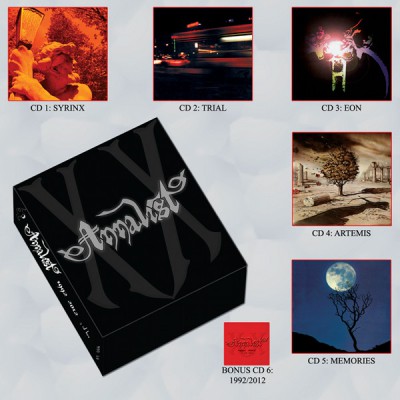 Description of the album:

All chapters of the Annalist book to celebrate the 20th anniversary of the band!

Here is the limited box with four remastered CDs and a new mini-album, Syrinx.

By fans and critics the Annalist is perceived to be a band performing progressive rock. Still, in their works one can notice some interesting elements of progressive rock, classical music, gothic rock and (in the last period of their active music creation) electronic music intermingling with one another.

For their 20th anniversary the members of Annalist decided to remind all lovers of progressive sounds about their existence. What is more, they met again and recorded a totally new material in Serakos, a recording studio in Warsaw. That is how "Syrinx", a mini-album was created. It will be added as the fifth CD to the box "Annalist 1992-2012".