The band is just about to finish recording the second album. Two songs were mixed till now. You will be able to hear them on the Internet soon!

The album, entitled "Lidocaine", will be completed in February and its publication is due to take place in the middle of April. Fans of the band will be able to enjoy as many as 11 compositions.

Dianoya, the band from Warsaw, was created in 2008 by Janek Niedzielski, a guitarist, and Filip Zieliński, a vocalist. In March, 2010 the band published its first album "Obscurity Divine" and just after that it played numerous concerts with such bands as: Votum, Disperse, Division by Zero, Quidam, Tides from Nebula.

At present Dianoya consists of: 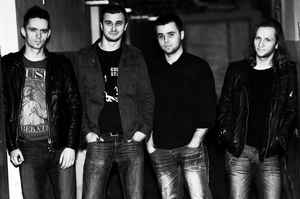